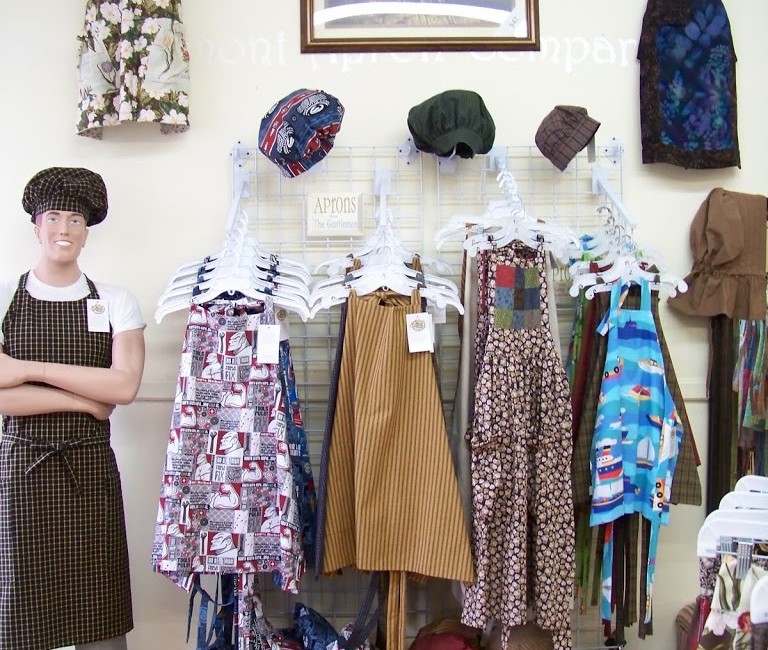 You know, I’ve been standing here for a couple years now. Oh sure, once in a while I head over to the counter or pose in the window,…(when Frank moves)…anyways, It’s all kind of the same, not to much happens. Men’s Department stays Mens, and so forth. But suddenly someone has a bee in their bonnet. Just take a look at me in this photo…. See anything different? (besides my incredible smile and relaxed demeanor.) 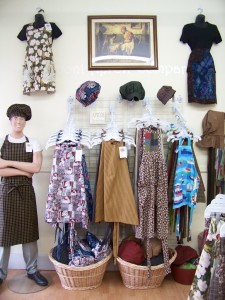 Of course you do! What is that over my head? This is the Men’s Department, so who was at the meeting that decided aprons that aren’t Men’s would be above my head? I never got the memo, folks! Would have been there!
And as if that isn’t enough, someone hung a Patchwork Bib Apron on our rack! Oh sure, they moved it later when they were done with the display but really, I thought we had bounderies. I mean, what is going to happen next? There better not be a ruffle near me.
~Wes 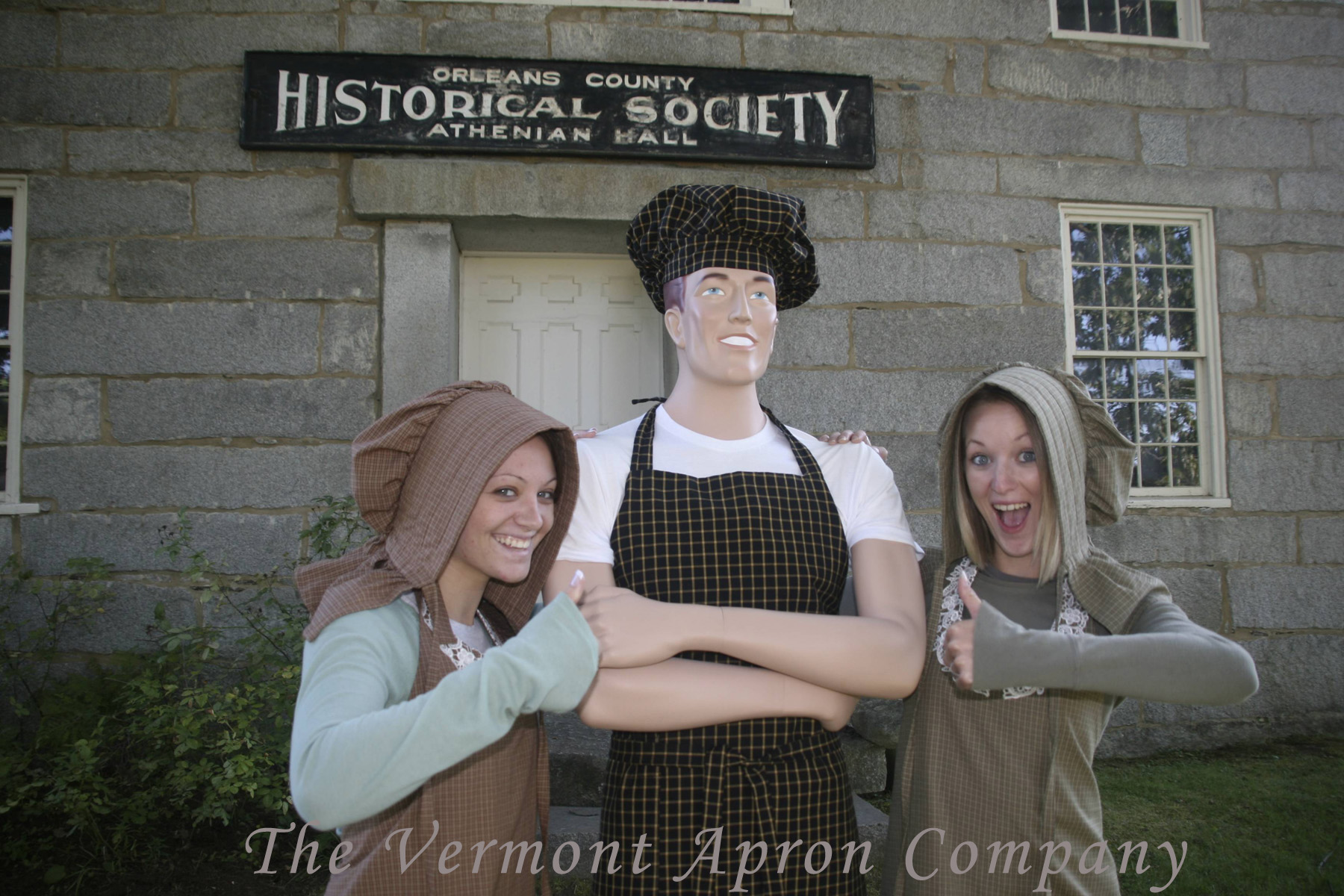 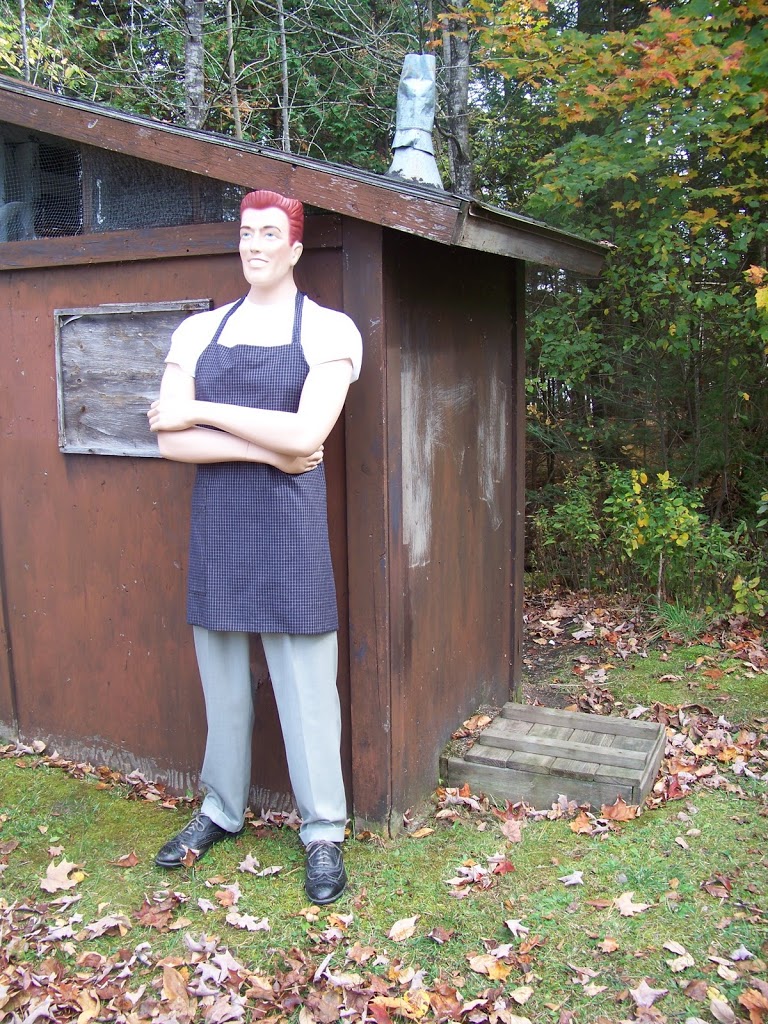 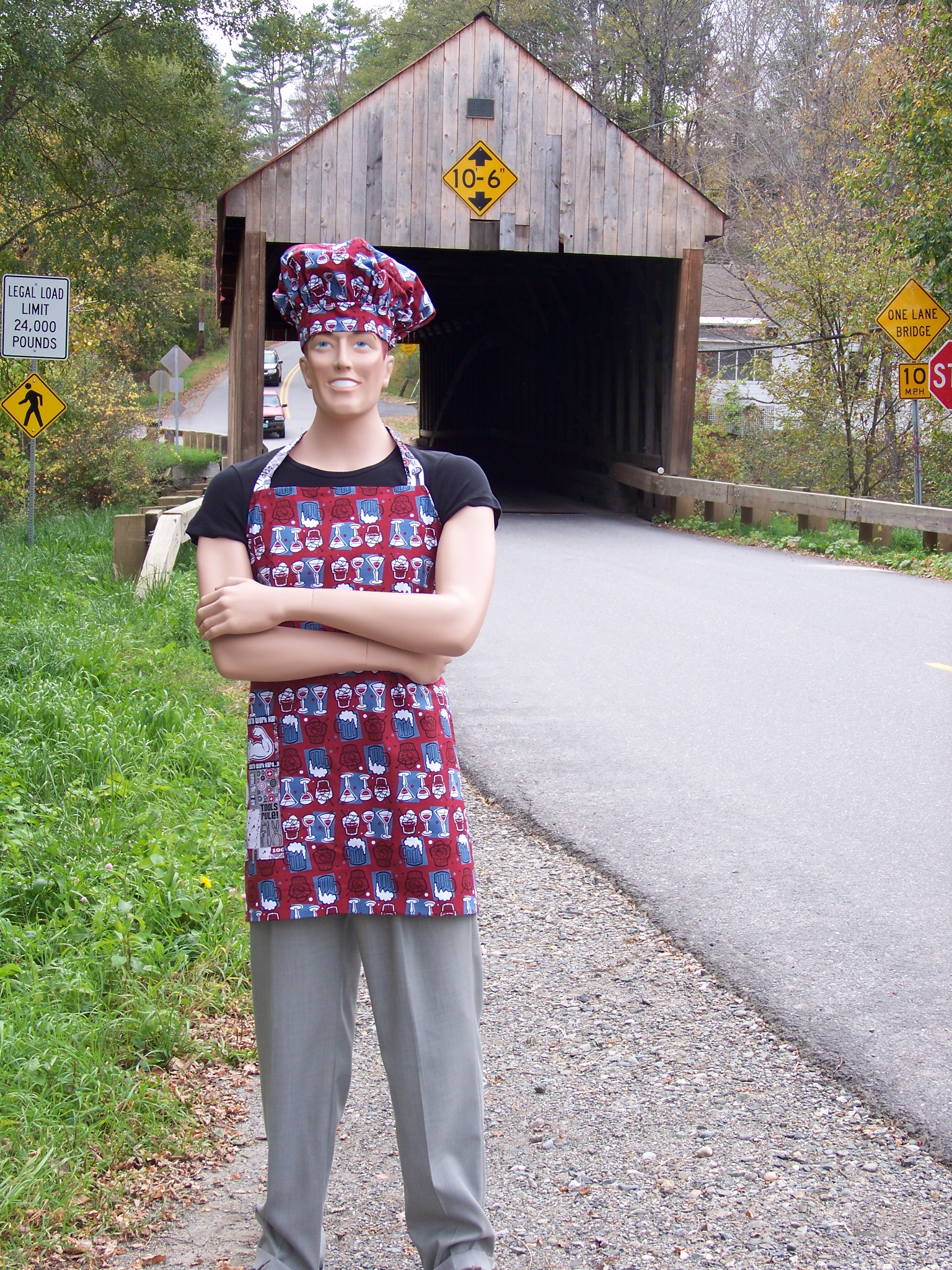 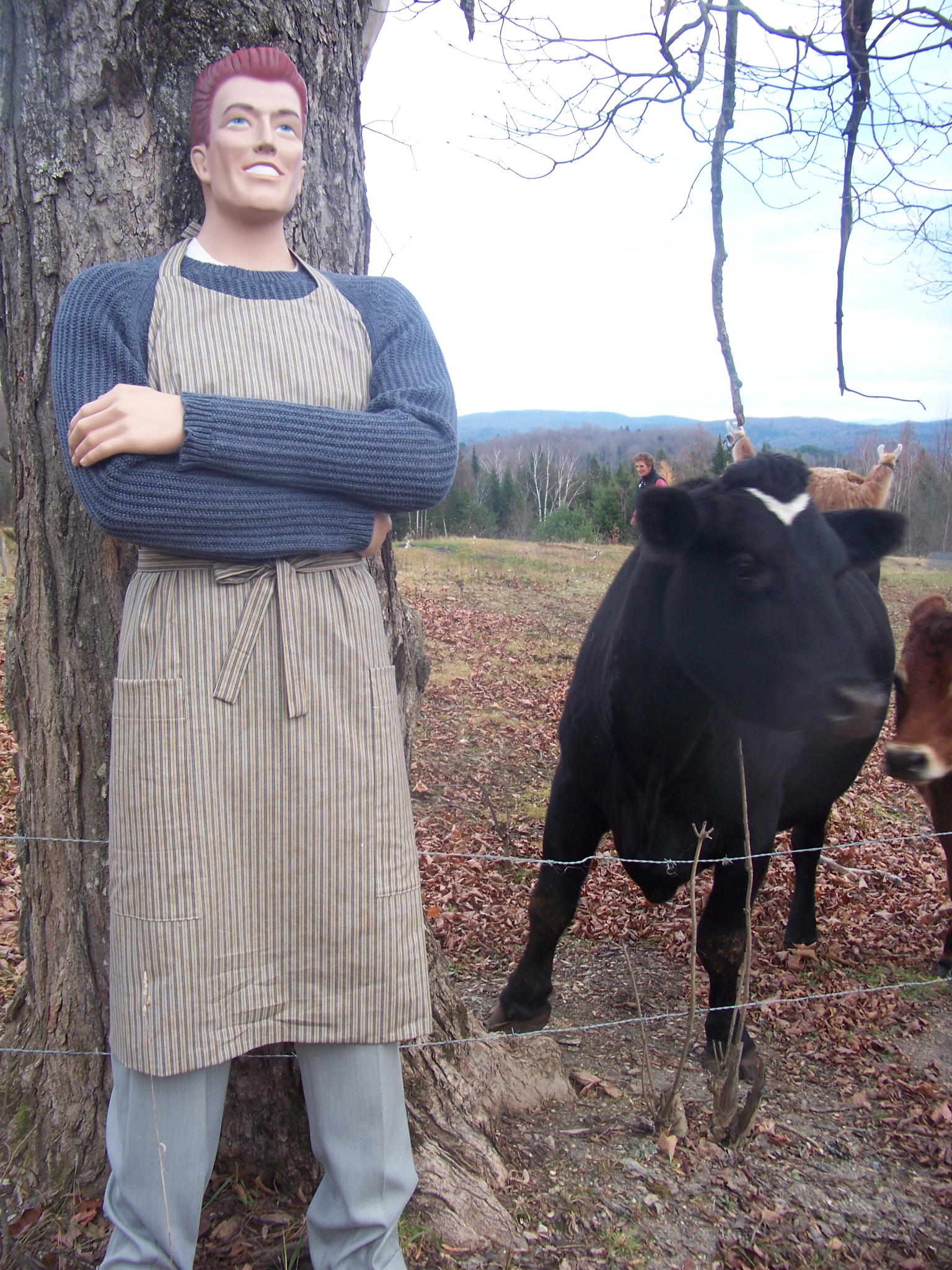 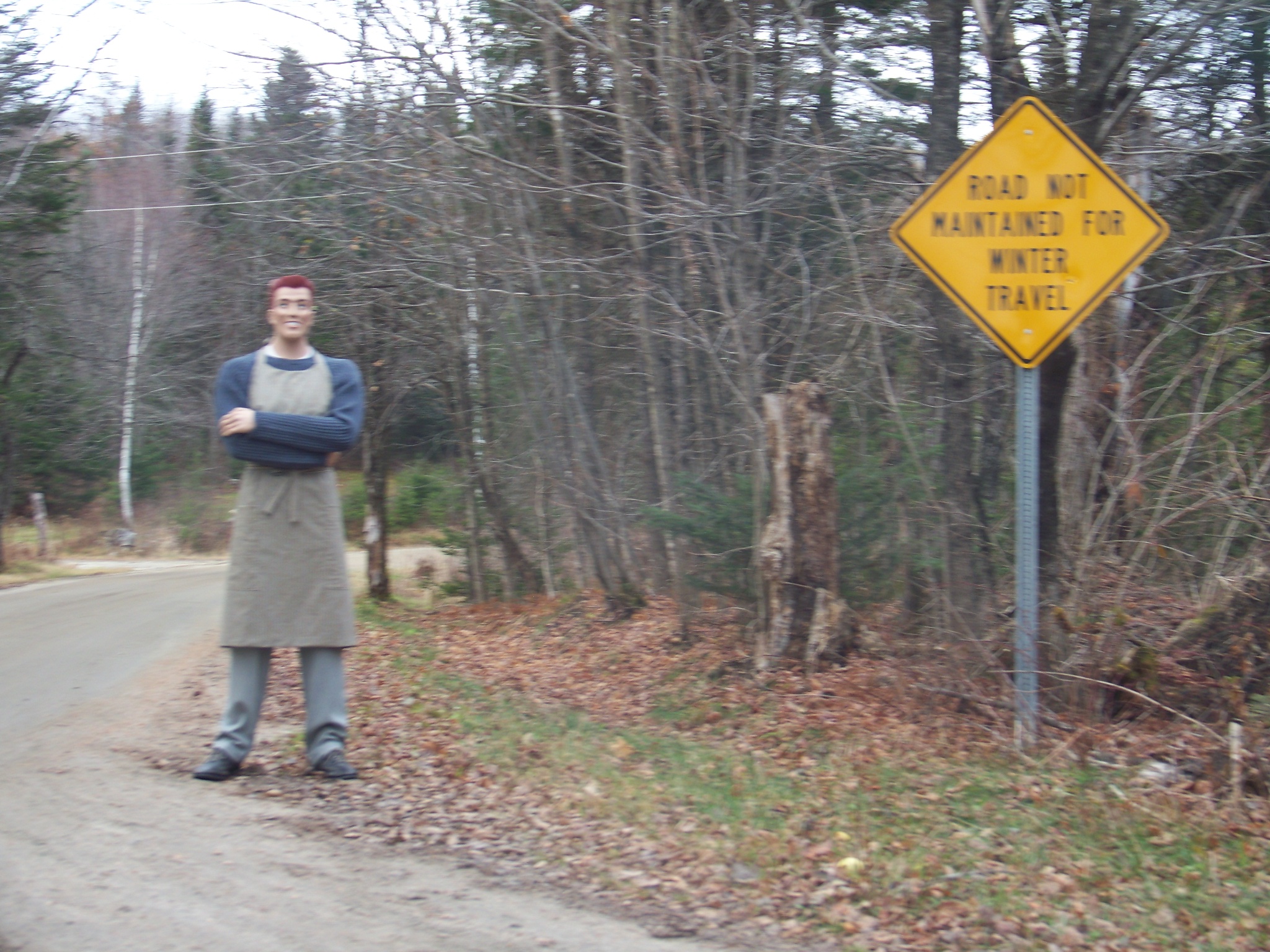